Suitable candidates are individuals with acquired ptosis (surgical intervention after determining the cause), children with severe congenital ptosis

What is ptosis correction?

Drooping of the upper eyelid is defined as ptosis. The upper eyelid would partly or completely cover the pupil reducing vision. In some cases, ptosis can restrict and even block normal vision. An individual with ptosis also appear as tired and sleepy. It may be congenital or due to aging (acquired ptosis) or in some cases, occurs due to trauma. may be treated with surgery.

If a child is born with ptosis, it is called "congenital ptosis." Congenital ptosis is often caused by poor development of the muscle that lifts the eyelid, called the levator muscle. This condition usually doesn't improve on its own over time.

What problems can result from ptosis in children?

The most serious problem associated with childhood ptosis is amblyopia (lazy eye), which is poor vision in an eye that did not develop normal sight during early childhood. This can occur if the lid is drooping severely enough to block the child's vision. More frequently, amblyopia can develop because ptosis tends to lead to constant blurriness of visual images, causing astigmatism. Ptosis can also hide misaligned or crossed eyes, which can cause amblyopia.

Children with ptosis may also often tip their head back into a chin-up position to see underneath the drooping eyelid, or they may raise their eyebrows in an attempt to lift up the lids. Both of these positions are signs that the child is trying to use both eyes to see. Over many years, abnormal head positions may cause deformities in the head and neck.

In adults, the most common cause of ptosis is the separation or stretching of the levator muscle tendon from the eyelid. This process may occur as a result of aging, after cataract surgery or other eye surgery, or as a result of an injury.

Adult ptosis may also occur as a complication of other diseases involving the levator muscle or its nerve supply, such as neurological and muscular diseases and, in rare cases, tumors of the eye socket.

Congenital ptosis is often caused by poor development of the levator muscle that lifts the eyelid.

What is done in ptosis correction?

Ptosis occurs due to a weak levator muscle. The levator muscle’s function is to raise the upper lid. The muscle is attached to the lid by a tendon called aponeurosis. Ptosis can occur in one or both the upper eyelids.

In the case of ptosis correction, the weakened levator muscle is tightened. If the muscle is too weak, then a ‘sling’ operation is performed to enable the forehead muscles to lift the eyelid.

Surgery can be an effective treatment for ptosis in both children and adult, improving vision as well as cosmetic appearance.

What are the types of surgeries?

The primary goal of the surgery is to elevate the eyelid to the proper position so that it can improve vision, have normal contour, and achieve symmetry. The excess fat and tissue cannot be removed by this procedure. This can be achieved by another procedure called blepharoplasty.

Ptosis can be corrected by the following procedures:

Which individuals are suitable for the surgery?

Individuals suitable for the surgery are:

How should I prepare for the surgery?

Your surgeon performs a thorough evaluation to determine the degree of ptosis and the type of surgery for ptosis correction. You should have a clear communication and discuss your expectations.

The time taken for the surgery is usually 45 to 60 minutes per eye. If you have ptosis in both eyes, your surgeon may perform surgery at the same time for two eyes to achieve symmetry. Local anesthesia is given for eye procedures.

A small incision is made in the upper eyelid to expose the levator muscle. Then the portion of the muscle is separated from the tissue. Finally, the muscle is adjusted into a new position to correct the drooping.

Müller’s muscle is another small muscle that controls the upper eyelid. The eyelid is turned inside out, and the müller muscle is separated and dissected from the underlying tissues. Then the muscle is adjusted and reattached by suturing. While suturing, your surgeon can adjust the eyelid height.

You will be returned home on the same day, but you have to keep off from work at least for one week. You should not drive for few weeks. You should follow up after one week.

You can wear contact lenses when you can close your eyelid completely.

Pain associated with this surgery is very mild. 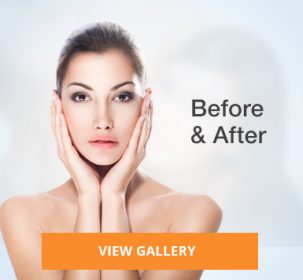